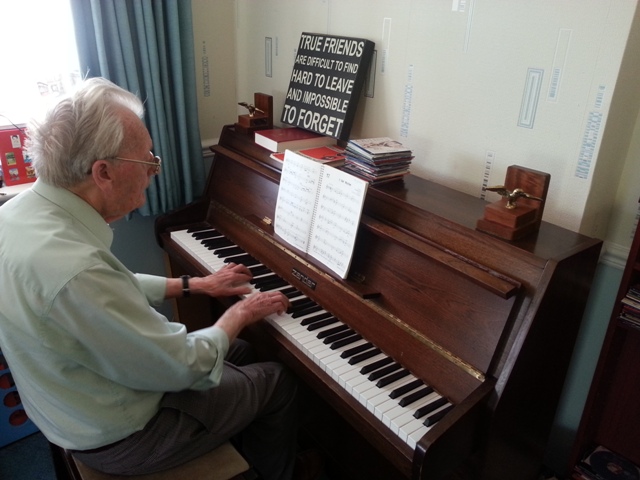 A talented musician has been warmly welcomed as one of our latest residents at Riversway.

When the gentleman, who likes to be known as Todd, started to play the piano, he played it so well that we were all mesmerised, and the afternoon joyfully passed by.

It seems that Todd can also play the accordion and organ too, and we all joked we’d like to book him for a concert – apparently he is too expensive!

Thank you Todd, and we hope to enjoy your musical skills again soon. 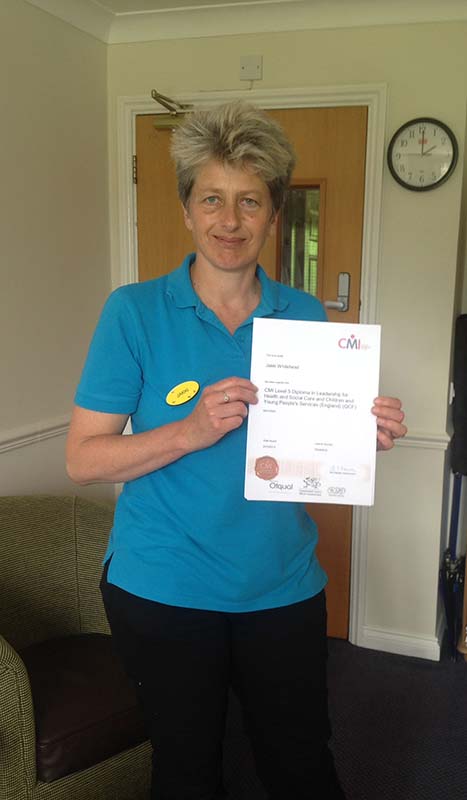 Jakki, who joined us in 2013, has achieved her CMI (Chartered Management Institute) Level 5 diploma in leadership in health and social care and has now formally received her qualification.

This qualification is a tough one, and includes training in leading person-centred care and understanding how to manage a team.

As part of the course, Jakki elected to study management in a dementia care setting, which took in timely subjects including safeguarding end of life care, helping people through a crisis and supervision.

Jakki is already a highly qualified care professional and we are delighted that she has been successful in achieving this top qualification which can only benefit Riversway, its staff and residents. 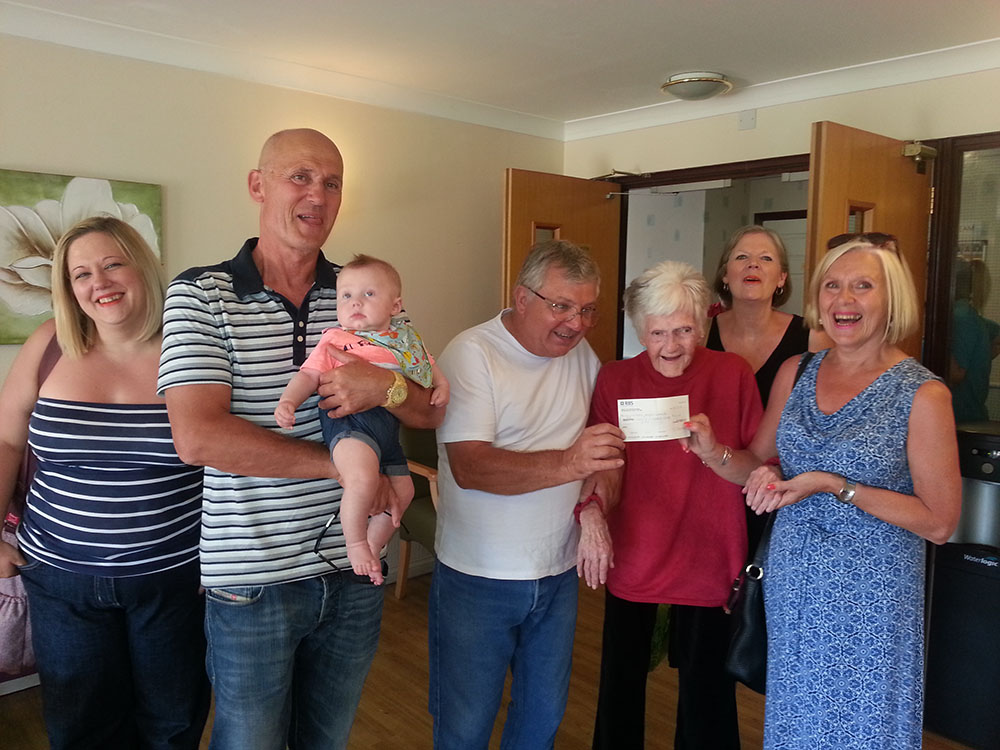 There are many people that help to make life at Riversway such a delight for all of us.

Our popular entertainer, Trevor Tooth, is one – a regular visitor to Riversway, he sings for hours and is always popular with our residents, staff and visitors.

Kind-hearted Trevor always donates the money he makes to charity, and recently, thanks to a link between one of our residents and the breast cancer unit at Southmead hospital in Bristol, he donated his money for entertaining us at our National Care Home Open Day on Friday 20th June to them.

The family of our resident Irene suggested the funds be given to the hospital because Irene’s mother and her two daughters both suffered from this condition.

We’d all like to thank Trevor for his tireless hard work and doing such a great thing for charity. 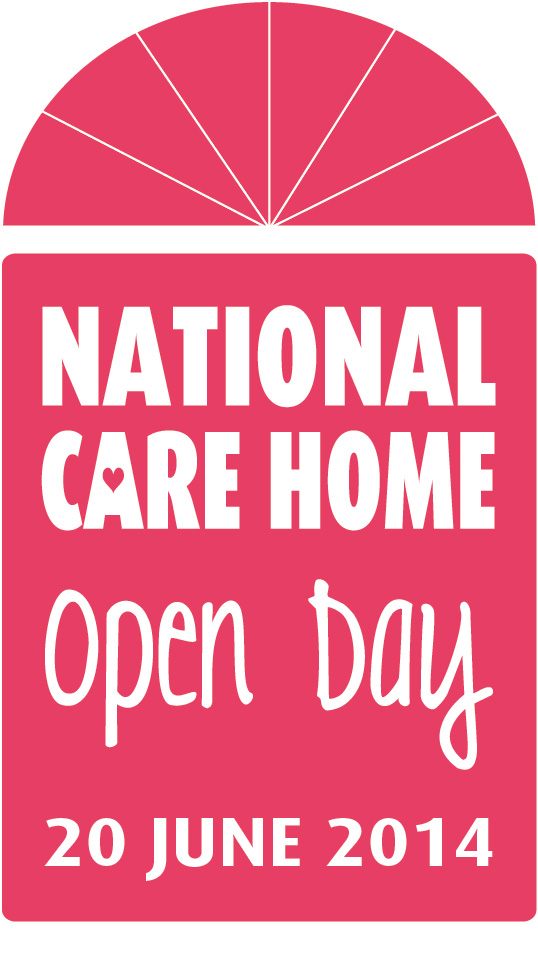 Riversway Care Home is opening its doors to visitors from the community as part of the National Care Home Open Day initiative.

This fantastic initiative is a national programme aimed at highlighting the great work being done in homes across the country. It takes place on Friday, June 20th.

Care homes are urged to throw open their doors and welcome members of the public to take a look at the activities and lifestyle enjoyed by residents.

Riversway Care is joining in the fun by arranging activities, having strawberries and cream and popular entertainment.

The event is supported by leading care organisations including the Care Quality Commission, Alzheimer’s Society and the Department of Health.

Nationally it’s easy to believe that the care sector has a poor reputation, with the media often featuring high profile, negative stories.

What the care home open day is trying to do – with the full support Riversway Care Home and the whole Springhill Care Group – is to show people what care homes are really about.

Organisers say the day is ‘about connecting people’ and we are taking this to heart. We have always been proud of our relationship with the local community, and we’d love to welcome people into our homes to see the activities that go on, the wonderful meals prepared by our chefs, and the high standard of living our residents have.

For further information call us on 0117 955 5758 or visit http://www.nationalcarehomeopenday.org.uk/ 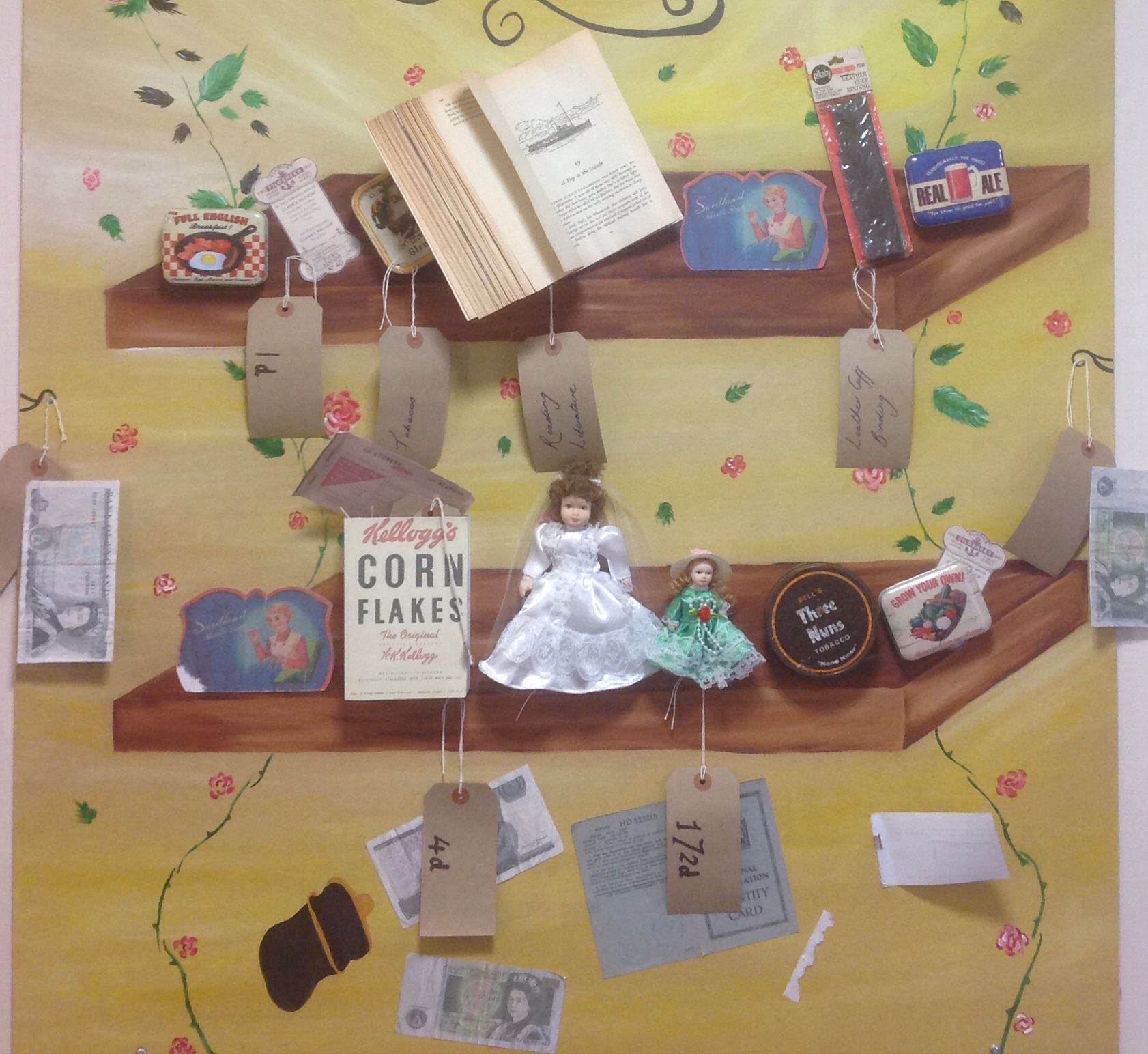 I was initially welcomed through the doors of Riversway to offer a new perspective on how we view psychological wellbeing and how it can be maintained.

In particular, to suggest new ideas and ways to create communication tools and activities for some residents that did not wish to engage in the current activity routine.

Dementia, as we know, does not manifest itself in the same way in each individual. The severity of damage to varying areas of the brain will reflect in speech communication and memory differently in each person.

We all appreciate engaging in different experiences, and this does not change just because we enter a residential setting. Coupled by the fact that different people will have differing cognitive abilities and psychological stimulation needs, it becomes particularly important to approach activities with an open and creative mind.

This is why it becomes so important to think outside the box when trying to incorporate meaningful activities into each resident’s day-to-day life. After talking with staff, it soon became apparent that some residents enjoyed just walking.

There is no reason why something that seems so simple, cannot be incorporated into a meaningful activity. By thinking outside the box, it became important to try and involve residents’ walking enjoyment into an engaging activity experience.

Jan Wilkins (Riverway’s general manager) and I decided that as it stood, the corridors were well decorated but not necessarily visually stimulating and beneficial for residents experiencing differing stages of dementia. The space did however, provide a canvas that could be turned into a visual and tactile sensory experience, for all those that use the hallways.

We decided that we would create a timeline across the walls. The timeline represents some of the most significant events in history.

The 1920s, often referred to as Jazz Age, saw the rise of a wonderful appreciation of dance, music and theatre. It was also a significant era for literature.

The 1940s offered many war time memories as well as many technological advancements in cars and aircraft. There are also a variety of nostalgic food brands still available in the shops today depicted in the art.

The last frame of the timeline will represent the here and now, depictions of events in the 21st century that will be remembered; the millennium, the royal family wedding and birth to name just a few.

Dementia can be an isolating experience, not only for the individual, but also family involved. Art is a great way of sharing a mutual appreciation for something, whether that be the art itself, or the story depicted within it.

For many I hope that it will provide memory triggers and conversation starters for anyone who enters the halls. As much as I enjoyed creating the art, I hope the same amount of enjoyment can be found from the finished product.